To live is to dive…the rest is just a surface interval!

For husband and wife team Andries and Hanalie Burger, the world of Scuba Diving is much more that just a hobby. It’s a passion, it’s a family, it’s the source from which most of the extracurricular stuff they are involved today, originates from. 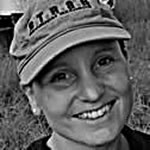 Hanalie, the current International advisor for Africa to the board of NAUI, is the artistic one. She picked up her first music instrument, the violin, when she was four years old, finished her high school years at the well known Pro-Arte art school in Pretoria. After a stint studying Actuarial Science at Pretoria University, she found herself composing music while not giving attention in her economics class.

She realised that there was no escape from her musical heritage and off she went re-entering the South African music scene.

After a near two decade run as a well known music producer / director, she decided it was time for a change and shifted her focus to include the world of visuals. Through her current company, Audio Visual Production House, Hana provides various audio and visual services to an array of industries.

Her Scuba diving career started in 1998, going on to become a Divemaster in 2001, an Instructor in 2008, an Instructor Trainer in 2014 and a Course Director in 2018. As mentioned she is also the current International advisor for Africa to the board of NAUI. She is passionate about making NAUI a major player in the world and especially Africa.

Her other involvements include being a part time musician in a band, co-organiser of the Sodwana Bay Festival (an Underwater Photography / Music Festival at one of the world’s top 10 dive sites) and STRAB Festival (an Indy rock and blues music festival at the southern most tip of Mozambique), member of BNI.

Her greatest fans are her husband and 5 dogs. Her philosophy is to enjoy life to the fullest and she strongly believes in the law of reciprocity. 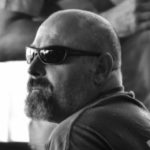 Andries, a Capetonian, moved to Pretoria after graduating from Stellenbosch University. Originally starting off in Marketing, life pushed him towards a career in IT. After obtaining his Masters Degree in Business Economics as well as a Diploma in Information Technology, Andries found his niche as a project manager in the complicated world of software systems.

He currently works as a Change Manager for a company developing administration software for life assurance companies across Africa.

Andries did his Scuba course with his first pay check in February 1992, his Divemaster in 1998, and became an Instructor in 2001. Apart from diving, Andries loves camping, road trips and spending as much time as he can in Mozambique. Open spaces are his thing, above and below the water.

His other involvements include a 10-year freelance writing stint with Submerge dive magazine as well as been part of the Turks, a bunch of guys enabling disabled sport through various support initiatives.

Andries is also the co-founder and organiser of the STRAB music festival mentioned under Hana’s profile.

His philosophy has always been to endeavour enabling change in people’s lives in all that you do. This is the only thing that provides true fulfilment.

His greatest fans is his wife and 5 dogs (sometimes).